• Difficult to gauge how long or how severe the coronavirus impact will be
• But stiff market valuations can lead to a protracted correction
• Continue with SIPs and start deploying idle cash in phases
• Don’t play the coronavirus theme; Buy stocks you always wanted to own
• Mid/small-caps are attractive to buy

Just as the Indian stock market was taking a breather from recent worries about the slowdown, two new cases of Coronavirus infections have sent it into renewed paroxysms of volatility. These cases challenge the notion that India will escape this global pandemic unscathed. Here’s attempt to answer top-of-mind questions from investors on how they should deal with these turbulent times.

Q: What will be the effect of the coronavirus outbreak on Indian markets?

The honest answer is that we don’t know. The outbreak is a medical problem and we as financial researchers aren’t well-placed to gauge either the severity or the time horizon over which it will extend. That will decide the dent it will cause to Indian companies and stock markets. From the initial reports however, there are three kinds of impacts likely on India Inc.

One, given that the epicentre of the outbreak was in China, a key element in the global supply chain for autos, electronics components, hardware and chemical and pharma intermediates – Indian companies in these sectors have already been facing production disruptions from this epidemic, which will last until they find alternative sources of supply or Chinese capacities restart.

Two, even as the spread of the epidemic seems to be slowing in China, it is now picking up in the Middle East, Asia-Pacific and the West. So we must now expect a more wide-ranging impact on global trade. Forecasters who were expecting world economic growth to rebound to 3 percent in 2020, have now trimmed that forecast by 50-60 percentage points. OECD even believes global growth could halve in 2020 if the pandemic persists. Such a slippage could impact orders and sales for all Indian companies with a significant export leg to their operations. Earnings of metal, mining and commodity companies will be at risk from renewed declines in global commodity prices. Services exports from sectors such as IT could suffer too, as countries clamp down on travel and restrict visas to contain the spread. Rupee weakness caused by a global risk-off can hurt companies with large dollar borrowings. Even companies without these risks may not escape unscathed. A local coronavirus epidemic could hit consumer confidence and disrupt businesses, delaying the recovery from the slowdown.

Yes, there could be positives too for the Indian economy and companies from this outbreak. The steep fall in oil prices, with Brent Crude prices tumbling from over $84 a barrel in January to $53 now and industrial inputs such as iron ore, steel and aluminium is one. These declines are likely to trim India’s import bill and reduce fuel and input costs for India Inc, at a time of sluggish sales. December quarter earnings already showed a sharp drop in input costs propping up profit margins and this trend may accelerate. In the medium term, Indian companies in sectors such as auto components, engineering and specialty chemicals may also benefit from efforts by global OEMs to de-risk their supply chains by diversifying their vendor base out of China.

Q: Why is the market over-reacting so much compared to the time SARS broke out?

It may not be an over-reaction for two reasons. One, the global impact of this outbreak is likely to be far more debilitating than SARS because between 2003 and now, China’s contribution to global GDP has gone up fourfold and global trade has multiplied.

Two, thanks to central banks pumping up the financial markets with liquidity for the last decade, global equity markets are today quite expensive by historical standards, setting them up for a correction. The Indian market is no exception. In the last eight years, India Inc’s earnings have been growing in single digits, while stock prices have multiplied. The BSE Sensex’s current price earnings multiple is over 23 times, the Nifty50 PE’s of 25 times and the Nifty500 index’s lofty PE of 29 are far higher than historical levels. Previous bull markets of 1999-2000 and 2007-08 topped out at PEs of 24 times plus.

However, weighed against this, Central banks globally have just announced plans to fight the Corona virus-led slowdown with a new round of rate cuts. The US Federal Reserve just announced an emergency rate cut of a big half a percentage point. Other Central banks may well follow suit. This tug-of-war between liquidity and the lack of fundamental triggers for stocks could lead to a protracted phase where stock prices are neither able to blow off froth, nor able to move up!

Q: As we don’t know how long this volatility will last, so why don’t I just stop my SIPs and resume them when the uncertainty is over?

That’s a bad idea. It is never easy to judge whether the fall has bottomed out or has some way to go. The main purpose of investing in a SIP is to average your purchase cost downwards when markets fall. If you were expecting a steadily rising market, a lumpsum would have been better. Continue with your SIPs because you now have an opportunity to average your costs at lower valuations. The lower your entry valuations, the greater your chance of pocketing a good long-term return.

Q: But why catch a falling knife? What if the market tanks further after I invest?

It very well may, in the short term. But if your goal is wealth creation from equities over 5 plus years, market falls also offer the best entry points for you. Contrary to what people tell you, it is not that easy to make a 15 per cent return from Indian stocks. A monthly rolling return analysis of the BSE Sensex shows that over the last 25 years, for investors who held on for five years at a time, the index delivered a less than 10 per cent return on roughly half the occasions. It was only in 27 percent of the occasions that it made a 15 percent return. A 20 per cent per cent CAGR was even rarer.

If we look at the starting point of the five-year periods when the Sensex delivered 20 per cent plus, they were very turbulent phases for the market. Investors who bet on the Sensex just after the 9/11 bombing of the World Trade Centre made a 34 per cent CAGR in the next five years.  Those who bought into it during the GFC low of October 2008 and the taper tantrum of August 2013 made a 16 percent CAGR over the next five years.

Q: I’ve been sitting on cash for long. Is it time to jump in?

Don’t be in a hurry to deploy all your cash at once. Divide it into 3-4 portions and invest in phases. Given that this nifty correction has just started and that market valuations are still far from cheap, it is possible that this correction will go on for some time. Previous bear phases in India have lasted a year to three years. Keep track of the Sensex/Nifty PEs. PE levels of 15-18 times represent attractive levels to invest and this is where big corrections have bottomed out in earlier cycles.

Q: Why not try for windfall gains from stocks and sectors that look set to gain from the outbreak? For instance, stocks of Indian chemical exporters who benefit from China’s problems or pharma companies supplying drugs to treat flu symptoms?

Such punts may be risky because while first-order impacts from events of this sort are obvious, the second-order impacts are difficult to gauge. For instance, stocks of Indian steel and chemical makers were initially unaffected by the coronavirus scare as the shutdown in Chinese capacities were expected to open up new export opportunities. But reports now suggest that Chinese steelmakers, saddled with excess inventory are taking recourse to distress sales pressuring global prices. Pharma companies could be affected by ad-hoc regulatory actions from the government such as export bans and price controls which can cause pain on profitability.

Q: Then what sort of stocks must I buy?

Avoid buying stocks that play on the coronavirus theme and obscure/penny stocks that look like they can deliver quick riches. Buy sound businesses that you understand well, that you have always wanted to own in your portfolio. In the current context, it would also be better to avoid stocks trading at a big premium to the Nifty/Sensex valuations (that is, well over 25-26 times), as they are likely to be over-owned and thus more vulnerable to a sell-off/de-rating. The polarised rally has made large-caps particularly expensive, so look for buying opportunities in mid/small-caps with good growth and cash flow metrics.

Q: If I didn’t have a readymade buy list, what should I do? I’ve been holding cash hoping for a correction.

Deploy the cash in phases in good multicap funds or index funds that track broader markets (Nifty500, BSE500, Nifty Midcap etc). This will ensure that you get upside participation without having to bet money without adequate homework.

Q: What if I am already fully invested and have no cash to deploy?

Switch to free up cash. Every individual’s portfolio usually has a few holdings that he/she regrets buying, either because of their unsuitable risk profile or failure to deliver on their initial promise. A market correction is a good time to replace such holdings with stocks or mutual funds where you have greater conviction about future prospects.

[Editor’s note: Looking for prudent investment opportunities in these difficult times? Check out our list of top mutual funds to invest in] 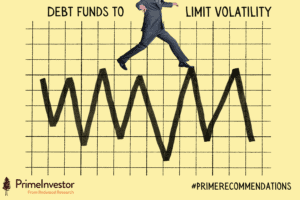 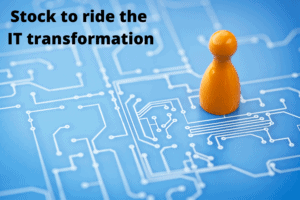 Stock recommendation: Stock to ride the IT transformation 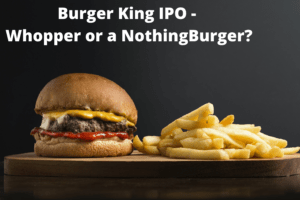 5 thoughts on “Investing in turbulent times”