Franklin Investors – Neither the regulator nor regulated entity to your rescue. It’s the Court!

Well before the Franklin debt saga broke out and thereafter, we have been analyzing and covering events that were unfolding and the next steps for you through various articles since November 2019.

Now, with Franklin India AMC facing multiple lawsuits on the manner of winding up its six debt funds – the saga has taken a new turn.

We would like to detail the above points but before that, we would like to state that we aren’t legal experts and that the Courts will be the best judge of the way forward. Nor would we like to judge the rights or wrongs of the case at this juncture. We would simply like to offer perspective to an ordinary investor on what she can read from the current situation.

What really are your rights?

We believe there are two reasons why Franklin investors need to take fresh stock of the situation now. One, until the lawsuit in Gujarat High Court, the general understanding of SEBI’s regulations was that an AMC’s trustees could make the decision to wind up a scheme and only needed the vote of unit holders to dispose off the assets thereafter. Franklin too took this view while making the winding up decision. But the petitions filed in Court suggest that the SEBI Regulations relating to winding up of schemes aren’t that straightforward. Two, Franklin itself has taken a rather high-handed approach to its obligations in its arguments at the Court and the communication to investors.

So, here’s why the exact rules for winding up are a bone of contention. This is what SEBI’s MF regulations say about winding up of a scheme:

Now, the above is not the only section that deals with winding up.

Under Regulation 39:
(2) A scheme of a mutual fund may be wound up, after repaying the amount due to the unit holders,—
(a) on the happening of any event which, in the opinion of the trustees, requires the scheme to be wound up; or
(b) if seventy-five per cent of the unit holders of a scheme pass a resolution that the scheme be wound up; or
(c) if the Board so directs in the interest of the unitholders.(3) Where a scheme is to be wound up under 115[***] sub-regulation (2), the trustees shall give notice disclosing the circumstances leading to the winding up of the scheme:—
(a) to the Board; and
(b) in two daily newspapers having circulation all over India, a vernacular newspaper circulating at the place where the mutual fund is formed.

So, does this mean that a scheme can be wound up only after repaying amounts due to unit holders? Not really! There’s another section 41 – that the notice that you got from Franklin comes under.

Under Regulation 41:
41. (1) The trustee shall call a meeting of the unitholders to approve by simple majority of the unitholders present and voting at the meeting resolution for authorising the trustees or any other person to take steps for winding up of the scheme:

Let us take Section 18. As a lay reader, it seems to me, that under sub-section (c) of 18, when a majority of trustees decide to wind up, they need the consent of the unit holders.

However, in the intimation received by investors on voting, Franklin has stated that “Please note that voting ‘No’ to the Authorization will not change the winding-up status of the Scheme.” In other words, the winding up decision will not change even if your vote is a NO. So, this does not seem to be the applicable section on which the AMC acted.

Also, you will recall the first notice you would have received dated April 23, 2020 from Franklin spoke of winding up of the 6 schemes under regulation 39(2)(a). So that means that the trustees have called for the winding up.  This regulation has been used earlier too by AMCs to wind up schemes (check here)

But if Regulation 39 applies, then what is the intent of Regulation 41? To simply give consent to sell the assets? If unit holders don’t give their consent, what is the outcome? The regulation seems silent on this aspect.

If not for the lawsuits and the interpretations coming out of them, most of us would not have known the regulations governing this event.

The point here is simple. Even financial experts and advisors do not know how to interpret the law. And we are therefore left with little choice but to go with what the AMC and its trustees say. While the regulator SEBI is known to step up every time there is an issue relating to investor protection, its own regulations do not provide investors with much clarity on how MFs can be wound up. Nor has SEBI come up with any awareness material or any special notification to investors of Franklin on what their rights are in this extraordinary situation. To us, this does seem like a let-down of the small investor by a regulator which has always proactively championed the investor cause.

In such a situation, true investor protection can come only from the Courts – where such contradictions can be resolved in a fair and just manner with protections afforded to the aggrieved.

It could be the case that the regulator is forced to remain silent, taking cognizance of the fact that the regulations have been loosely drafted. In such a situation, true investor protection can come only from the Courts – where such contradictions can be resolved in a fair and just manner with protections afforded to the aggrieved.

If, as an investor, I am at a loss on what my rights are, the AMC’s approach to my plight has been somewhat lukewarm. Let us not doubt the AMC’s intention is to return the invested amounts as soon as possible. No doubt it wants to put this unpleasant scenario behind and move on. But the recent communication on voting, leaves much to be desired.

Repeatedly telling us that we had a choice on the voting, but a ‘no’ would mean only delay in receipt of proceeds and that nothing would change as far as the decision to wind up goes – leaves us with no real choice!

Doesn’t that simply amount to saying – sign this if you want your money back? From an AMC that is highly regarded, this approach has a not-so-subtle coerciveness to it.

Next, in the litigation in the Gujarat High Court, Franklin’s lawyers have argued that investors have entered the schemes after going through the risks mentioned in the memorandum of the schemes and thus have to be bound by the terms of the contract.

No investor enters into an open-ended fund thinking that this is part of the ‘market’ risks he or she has been warned about. Nor does the scheme information document mention that this can happen.

Unfortunately, this argument belies the fact that Franklin itself has breached a contractual promise of running an open-ended fund by suddenly stopping redemptions. No investor enters into an open-ended fund thinking that this is part of the ‘market’ risks he or she has been warned about. Nor does the scheme information document mention that this can happen. Yes, in the past, schemes have been closed when they fall below the threshold AUM stated by SEBI or sometimes merged. But you don’t expect flagship funds with several thousand crores of AUM to shut shop suddenly because of their inability to manage flows!

Why all this matters to you

All of this may seem of little relevance to you when your only priority is to get some money back into your bank account. With the Court cases, many of you believe there could be more delay. But here’s why understanding what’s transpiring now becomes important:

At this juncture, there will be little choice but to look up to the Courts to provide the right legal interpretation and help investors realise the fair value of their investments. Some of the aggrieved but larger investors who have gone to Court have not done it just prove their point. They have done it to realise a fair price too. And if that happens all investors will stand to benefit. Four out of six Franklin schemes have seen a 1.5-3.5% fall in the NAV thus far. The risk is even more in this current environment where defaults on the papers held by Franklin could cause further erosion.

In this situation, one can only look up to the Courts for justice. And we hope it is delivered for all the pain and trauma endured by thousands of investors in these tough times. Also, we hope that any precedent that emerges from this ruling will prevent other AMCs from launching into such misadventures in the future.

At PrimeInvestor, we are of course seriously re-examining our stance on the other schemes of this AMC. If you are a subscriber, you will soon hear from us on our views on this front. If you are not a subscriber, please subscribe to stay tuned. You will know, going by our coverage since November 2019, we stand by you, to the extent our knowledge on this matter permits us to help you. 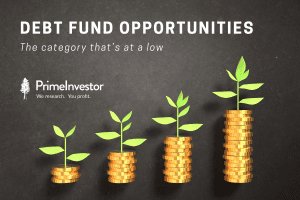 Debt fund opportunities – the category that’s at a low 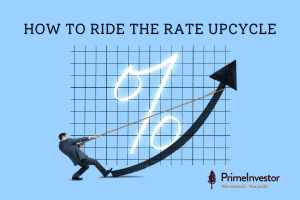 How to ride the interest rate upcycle

22 thoughts on “Franklin Investors – Neither the regulator nor regulated entity to your rescue. It’s the Court!”