Prime Q&A: Should I alter asset allocation based on the Nifty PE ratio?

Q. The Nifty PE ratios are an indicator of market valuations. And we have seen that crashes have happened when the Nifty PE is at 27-28 times, and that investing when Nifty PE is below average results in stronger long-term return. If this is the case, can I use the Nifty PE levels to decide asset allocation levels to book profit at the right times?

A. This is a valid question and one that we have been asked a few times and seen asked on other forums. In theory, the logic does work out.

This being the case, why shouldn’t you use the Nifty 50 PE as an asset allocation indicator? Because there are certain pitfalls to doing so.

The drawbacks to PE-based investing

Nifty PE levels can remain elevated for a long period of time.

In other words, markets can stay expensive for a prolonged period. The Nifty 50 PE ratio has been above 20 times more or less the entire time from 2015 and onwards. Breaking this down further, Nifty valuations have remained above 23 times from 2017 to early 2020. That is, markets have traded above long-term PE averages for close to 5 years now. While it dipped in the sudden crash earlier this year, it was short-lived. The graph below shows the Nifty PE ratio from 1999 to date.

When there is such a sustained period of high PE multiples, you would be consistently allocating a lower sum to equity for months together or exiting equity. This has two implications – one, you suffer an opportunity loss when markets rally over this long period. For 2017, for example, the Nifty 50 PE ratio averaged above 23 almost every month. That was a strong year for markets, more so in the mid-cap and small-cap space.

Two, a lower equity allocation will impact your overall long-term portfolio return and your corpus creation. Changing allocations when you’ve already invested at lower PE levels is one thing. But what if the Nifty PE is high when you want to invest? You may wind up sitting out equity altogether even as markets rally.

The Nifty PE itself can be misleading.

We have covered this aspect of the Nifty 50 PE ratio in this article. To quickly summarize the points made there, the Nifty 50 PE is based on the standalone company earnings. But companies get a good part of their revenue and earnings from their subsidiaries and other operations, which are captured in the consolidated numbers. So there may be growth yet or value unlocking, which is not really captured in the PE multiple.

Two, trends in earnings to check if valuations are coming off a period of low growth or high growth also matter. If mean reversion takes place, earnings can well rebound. Three, high valuations don’t necessarily mean that it is unjustified. If companies are in a strong earnings growth phase, especially in an inflationary period, a high PE may not mean that a market crash is around the corner.

It can be practically difficult to implement

Set aside the troubles with the Nifty PE ratio itself. The question is also how you would practically implement a strategy where you increase investment at lower PE levels and reduce it at higher PE levels. It becomes tricky to execute in reality because:

Let’s take the period from Jan 2010 to now. Let’s assume you want to invest when the Nifty 50 PE ratio is 18 or below and want to book profits when the PE moves above 24. For most of the year, the Nifty PE didn’t cross your threshold for the most part. But markets corrected in 2011. The average monthly Nifty PE ratio remained below 18 40% of the time between 2011 and mid-2014, and was less than 20 in most other months.

Now, if you had, say, a 70:30 equity:debt portfolio, would you redeem a portion from the debt and reinvest in equity as the PE was low? How much would you redeem? You don’t know how long the low-PE scenario would last for you to work out the rate of redemption. You will need to take enough out of debt and into equity to ensure that you’re capturing the lows, but also ensure that you don’t completely wipe out your debt allocation. That would up the risk much more than you planned for. So you may wind up buying into only part of the dips.

Between 2015 and 2017, as explained before, the Nifty PE remained elevated. So here again, you’d have to decide how much to keep moving from equity to debt.

Investing at lower PE and booking profits at higher levels will result in better returns – there’s no doubt there. The question is how to manage this without the pitfalls explained above. Here’s how:

Rebalancing, along with running SIPs and tactical deployment will be effective in making the most of market movements without suffering an opportunity loss or high portfolio churns.

What about asset-allocation funds?

Where are the Nifty PE ratios now? You can find them here.

You can use our Nifty 50 heat map to get a market snapshot of the last 20 years. 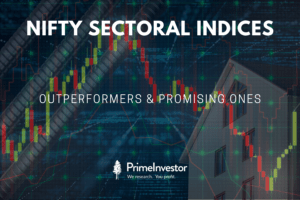 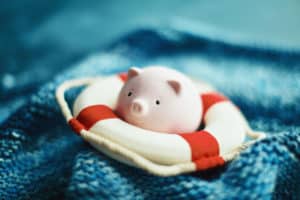 Should you invest in balanced advantage funds now? 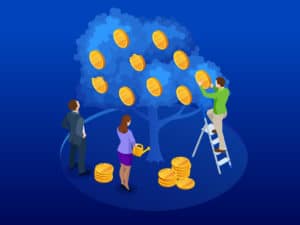 Prime Strategies: Is it time for profit booking?

20 thoughts on “Prime Q&A: Should I alter asset allocation based on the Nifty PE ratio?”