LIC Arogya Rakshak – should you go for it?

One of the many lessons that the pandemic has taught is that despite having a health cover, you can still be very badly out-of-pocket when it comes to covering hospital bills and all the ancillary expenses that come with it. Could LIC’s newly launched ‘Arogya Rakshak’ (launched in July 2021), which is a new and improved version of its ‘Jeevan Arogya Plan’ that has been withdrawn, address this? If you are thinking it’s just old wine in a new bottle, here is a closer look to see if it can find a place in your protection portfolio.

The LIC Arogya Rakshak falls somewhere in between a hospital daily-cash policy and a critical illness cover. It is an individual health insurance plan from a life insurer that provides a definite benefit unlike indemnity health covers that only reimburse hospital expenses. It can be taken either on an individual or a family floater basis, with one member being the Principal Insured (PI).

Minimum age at entry for the principal insured, spouse and parents is 18 years and the maximum is 65 with cover until age 80. For children, the age at entry has to be between 91 days and 20 years, with coverage possible only until they turn 25.

Unlike other health or critical illness policies where you choose a Sum Assured, Arogya Rakshak works based on an ‘Applicable Daily Benefit (ADB)’ amount that you choose at the start of the policy. The initial ADB you choose is called the Initial Daily Benefit or IDB. It starts at Rs. 2,500 and can go up to Rs. 10,000 in multiples of Rs.500 based on your choice (used to be only up to 4,000 under Jeevan Arogya). The ADB you choose along with other factors such as age and other underwriting guidelines, decides the premium payable. There is a rebate on premium for policies with Hospital Cash Benefit over Rs. 4,000 which may make it more attractive to opt for a higher cover. The different types of benefits you can get from the policy are a factor of the ADB chosen by you.

The most attractive aspect of this product is that it offers a predetermined cash benefit in case of one of the over 260 specified surgeries, irrespective of how much is actually spent. (Jeevan Arogya covered only 140 specified surgeries). Further, the hospital cash benefit provides the insured with the benefits of a hospital daily-cash plan, providing a fixed allowance for each day spent in hospital as long as the stay exceeds 24 hours.  A brief summary of the benefits based on your chosen ADB can be seen in the table below.

In an automatic protection against healthcare inflation, Arogya Rakshak offers an auto-step up benefit that incrementally adds 15% of the IDB to the ADB every three years (used to be annual increments under Jeevan Arogya) until the ADB reaches 1.5 times the IDB. It also comes with an optional term assurance rider and an accident benefit rider.

# 2 LIC is the largest life insurer in the country and has a favourable claims settlement history.

A no claim bonus in the form of 5% of the IDB will be added to the ADB for every three claim free policy years. The policyholder also gets his / her health check-up bill reimbursed once every three years, subject to a maximum of half of the ADB.

Perhaps one of the most significant additions to Jeevan Arogya, resulting in its new avatar is the Auto Health Cover. In case of death of the original Principal Insured, the policy shall continue with a new Principal Insured (insured spouse or parent) along with other eligible surviving insured(s) without any payment of premium for a further period of 15 years or up to specified age in respect of each of the insured whichever is earlier.  (For insured children, the AHC period will be either 15 years or until they turn 25 whichever is sooner and for the spouse / parents it is 15 years or till the age of 70 whichever is sooner.

Given that every benefit under Arogya Rakshak is capped at a multiple of ADB, the hospital cover can be grossly insufficient in the event of a major surgery. Several expensive procedures are now done as day care procedures. But even with the maximum IDB of Rs. 10,000, your eligibility for such procedures will only be Rs. 50,000. Another important aspect of health coverage namely, home-care especially in recent times that have seen many having to set up ‘ICU’ like facilities at home, is not covered under Arogya Rakshak.

You cannot lock into premiums in this policy. Premiums are only guaranteed for 3 years at a time, after which LIC reserves the right to revise the premium. Thereafter, it will remain fixed at that level for a further period of 3 years.  Of course at the time of premium revision, the insured has the option to cancel the policy. Below is the indicative annual premium for an IDB of Rs. 5,000.

Further, while Arogya Rakshak cannot be compared to an indemnity health cover or your critical illness cover or a hospital daily cash policy, depending on the IDB chosen by you, it can command a higher premium.

Being issued by LIC, it does not come under the purview of the portability norms issued by IRDAI and hence will not be portable to another insurer.

The exclusions too are not unlike other health policies (hospitalization outside India, surgeries done for the purpose of diagnosis, purely cosmetic procedures that are not medically necessary, anything arising out of attempted suicide, anything related to pregnancy and childbirth etc.) and need to be read carefully before to see how it affects one’s specific medical history before making a decision.

The primary objective of taking health insurance is to protect your finances against health emergencies. LIC’s Arogya Rakshak may not serve this purpose due to its cap on the payouts linked to the ADB. While the benefits may seem generous, a realistic look at surgery and recovery costs based on medical and family history may tell you that your costs in case of major surgeries may not get fully covered. Though Arogya Rakshak is positioned as a supplement to your indemnity health-plan, there are better ways to achieve. We think that a super top-up plan on top of your Mediclaim policy, a generous critical illness cover and an emergency fund to take care of spillover costs will cover your bases better. Earlier articles on ‘Why you don’t need a Rs. 1 crore health policy’ and ‘Critical checks to make on critical illness covers’ offer pointers on this. 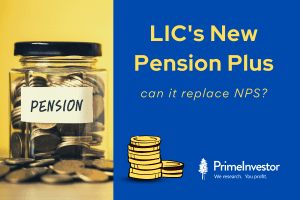 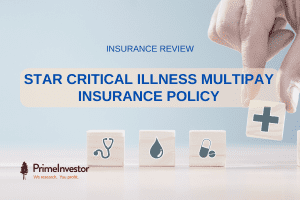 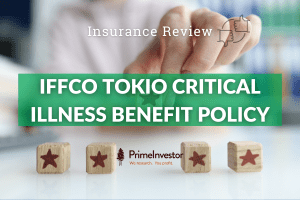 10 thoughts on “LIC Arogya Rakshak – should you go for it?”