In a bull market, when fancied sectors command premium valuations, IPOs in that space also come with a stiff asking price. We have seen this in the chemicals space. However, when a sector has been languishing for long and sees pick up only in pockets, will an IPO from such a sector leave money on the table? More specifically, will GR Infraprojects be one such offer? Read our take.

The company and offer

GR Infraprojects (GR Infra) is an Engineering Procurement and Construction (EPC) player in the road space. Incorporated in 1995, the company’s primary business operations can be split into:

The company has grown its business at a fast pace with a 35.7% CAGR growth in sales in the last 3 years to Rs 7,844 crore in FY-21. PAT for the same period jumped 34% CAGR to Rs 953 crore. The company is among the larger players in terms of revenue when compared with other midcap players in the listed space.

GR Infra is coming up with a 100% offer for sale by its private equity investor and some of the promoters. That means that there is no money being raised to deploy into the company. Post IPO, the promoter holding will come down to about 85%.

At the higher end of the price band of Rs 826-837, the offer size will be Rs 963 crore. At the higher price band, the post-listing market cap will be little over about Rs 8,100 crore, placing it as a mid-cap company. The offer will be open from July 7-9. It is worth noting that the company did file draft RHPs both in 2016 and 2018 but never proceeded with the IPO.

GR Infra has steadily seen its revenue and profit grow over the past 5 years in healthy double digits, year-on-year. In a pandemic-driven year of FY-21, its sales expanded 23% even as slightly larger and more diversified peers like Dilip Buildcon expanded by a tepid 5%. Over two-thirds of its revenue for FY-21 came from EPC projects while the rest from BOT (annuity/HAM) and other activities.

Part of the growth could be explained by early completion of projects. Over FY-19, FY-20, and FY-21, 80%, 50%, and 50% of the projects respectively were completed ahead of schedule. Early completion is also possible with its partial backward integration and lower dependency on third-party vendors for completion. Such early completion not only helps faster book-to-bill conversion and bonuses but also enables the company to bid for more projects. We think this could be one of the factors for its high growth.

At 19.5% for FY-21, GR Infra’s operating margins are similar to quality peers in the road space. In fact, the company’s last 3 years’ average OPM suggests that it is higher than many peers. The OPM% can vary based on the mix of revenue for that year. BOT (HAM) projects can typically fetch superior returns than EPC sales. The backward integration (in-house manufacturing) and receipt of early completion bonuses could be among the reasons for superior margins to peers. The company earned Rs 280 crore of such bonuses in the last few years in some projects.

With more BOT (HAM) projects in its kitty for now, the margins for the next couple of years could remain stable. Post that, the competition landscape will determine whether profitability can sustain.

GR Infra has an order book of Rs 19,025 crore which is about 2.5 times its FY-21 sales. This compares well with peers although it could have been better, if not for a pandemic-hit year-and-a-half-period. Still, the order book has grown from Rs 15,900 crore in FY-20. It has also seen a steady growth from Rs 5800 crore in FY-16.

The order book is a mix of about 16 EPC projects, 10 BOT (HAM) projects and 3 other projects (railways, optic fibre and so on). This mix is likely to provide a good balance to profit margins. Unlike peers such as Dilip Builcon which started off with regional focus when it went public, GR Infra already has presence across 15 states and received 87% of its orders from NHAI. This diversification helps it bid across regions.

GR Infra’s ROE at about 22% in FY-21 (and above 25% in earlier years) by far above most peers (at about 12-20% for FY-20 and earlier) suggesting high bang for your buck. This comes from significantly higher net profit margins of about 12% (FY-21), head and shoulders above other peers and next only to KNR Constructions (13%).

The company has managed to fund projects with internal accruals and asset monetization and has limited debt, with its debt equity ratio at about 0.4% on an average for the past 3 years. This has also kept interest coverage (6.3 times) exceedingly healthy.

Asset monetization has become an emerging funding option for companies with BOT (HAM) projects. In recent years, companies have also sold such projects even while under construction, thus converting the option into EPC even as they monetise from a more lucrative HAM project. This could be the way forward for GR Infra as well to continue to keep its debt under check.

GR Infra appears to have an exceedingly efficient collection system that is focused to ensure that working capital is kept under control. Its debtor days at 50 is far lower compared with the industry range of 70-130 days.

Road accounts for 97% of GR Infra’s order book and this proportion is unlikely to change in the near future unless the company, like peers such as Dilip Buildcon, makes a serious effort to push itself into other related segments.

From 87% exposure to the road segment, Dilip Buildcon for instance had reduced segment revenue from to 52%, with bridges, mining, airports, tunnel etc. accounting for an increasing share. While this meant compromising a bit on margins, this may be a necessary road to ride for GR Infra if it must survive the stiff competition emerging in the road space.

Of the total spends by the government in the infrastructure space, roads accounted for 48% between FY-15-19 according to data provided in the offer document. Therefore, it is small wonder that more players have emerged in this sector. The BOT (HAM) model was made more lucrative, with steady cash payouts, lower risks, and lower threshold for players to enter. There is once again increased interest in this space for players to bid, which could mean margin pressure.

According to a recent report by ICRA, the EPC landscape is facing heightened competition with bidders quoting at 30-35% discount to NHAI’s base price. Similarly in the BOT (HAM) space, the premium to NHAI cost, which was earlier at 25-30% has been reduced to 15%. All these means the following for GR Infraprojects:

It is perhaps the awareness of the above challenges that has led to GR Infra pricing this IPO at 8.5 times its FY-21 earnings. This valuation is reasonable coming as it does in a bull market and with a full exit for private equity.

The offer price and valuation mean 2 things: one, the offer could leave some money on the table for investors, given the current PE averages in the industry for players with profitability and growth at levels lower than GR Infra. Two, if the company does manage to diversify itself or remain efficient with capital or manage its profitability then it may be re-rated closer to valuations of companies such as Dilip Buildcon or KNR that have demonstrated their capabilities in at least one of the above-mentioned characteristics.

You can consider investing in this IPO. We will review it again depending on how it navigates the competitive scenario. But meanwhile, do not hesitate to book profits as the cyclicality of this sector requires you to make hay while the sun shines. 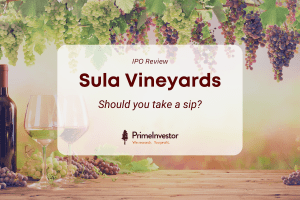 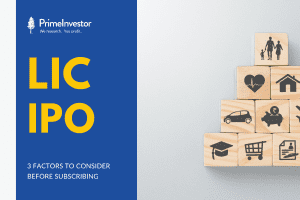 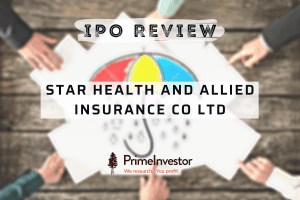