Franklin funds – status and next steps to getting your money back

Franklin India came out with a communication dt. May 14, 2020 to its investors, on its 6 debt schemes to be wound up. The communication, after apologizing to investors, had the following key points:

The letter also stated that the next steps would be about commencing winding up and returning your monies. But this step cannot be started without some procedural aspects being completed.

The AMC will soon announce a unitholder vote, which is nothing but your authorization to the trustees to take the next steps as per SEBI regulations. Once the Trustees receive authorization from you, they will start the process of selling the assets and distributing monies from the respective schemes. This is a mandatory clearance for the AMC to finalize any payment schedule and payouts to you. So, you will soon be hearing from the AMC on the voting.

The following points that I am reproducing from the communication are important:

‘Some investors believe that by voting in the “Negative”, the winding up will be reversed and that the six schemes will recommence the redemption and subscription process.

This is not true. The purpose of the vote is to authorize the trustees to take the next steps for disposal of the assets of the scheme and distribution of the proceeds to the unitholders in accordance with regulations.

If Trustees do not receive authorization to proceed with disposal of assets of the scheme, this may delay the process of monetizing such assets and distribution of proceeds’

What that above essentially means is that not voting in favour could delay getting back your money. Now that it is futile looking back, it may be important for you to do what is needed to get your money as soon as possible.

Franklin funds: your next steps

With the above communication out of the way, let us look at the cash flows, borrowings and NAV levels of the schemes now.

Coupon payments: According to the AMC’s update as of May 15, 2020, the schemes have been receiving some coupon payments on their papers. The data below (from AMC) will tell you that in 15 days, some coupons have been coming. Wherever the amount is zero, the inflow has been less than 0.5%, according to the AMC. Now, the inflow is a positive as you know that accrual is happening. Although it will be used first towards repayment of borrowings, it may at least prevent severe erosion. It also tells you that the debt papers are paying some interest or in the case of shorter duration funds like Ultra Short, some maturities may have happened. But we will not know if all of them have been receiving coupon on time and whether some schemes have issues with receiving interest. We will know with time.

Borrowings: In the data below, you need to keep in mind that the fund house announced the winding down on April 23. So, any redemptions on April 23 would have been honoured the next day.

As can be seen, the borrowings shot up the next day (April 24) in some schemes, to meet the redemptions. Subsequently, there has been some repayment through just the accruals (cash inflows received from coupons or maturities) in hand. Franklin India Ultra Short Bond and Credit Risk fund have seen the maximum repayment with a 54% and 32% reduction in borrowings respectively between April 24 and May 15, 2020. Dynamic Accrual, which had limited borrowings managed to pay it off. Longer maturity funds like Income Opportunities may well take time to start repayment.

NAV impact: Before we talk of returns, you need to know that the NAV is net of borrowings. That means your NAV should not fall further due to the borrowing. If any, only market gyrations or defaults can cause the NAV to fall.

The fall is partly due to the borrowings on April 24 but that does not account for the chunk of the fall since the returns from April 24 too is poor in these 2 funds.

The NAV dips could be due to mark-to-market losses on the papers, given that the debt market is experiencing a yield spike in lower rated papers, with international rating agencies already downgrading lower rated Indian papers or putting them on watch.

Overall, Ultra Short Bond seems to be faring well with Low Duration also not seeing any major hits. Clearly the longer duration ones have taken a higher mark-to-market on their NAV.

Please note that whatever we say here is post mortem as you will not be able to act based on any of these.

Apart from reminding you that you vote to get your money back and providing a status on portfolio and returns, this report is not meant to speculate on how much money you will get back and when.

We think while effort will be made to sell the papers once the voting goes through, simply going by the maturity date or assuming zero defaults would not work in reality.

We need to wait and hope that improved market liquidity, triggered by RBI and economic package measures, would help liquidate the portfolios faster.

Our previous article on this subject 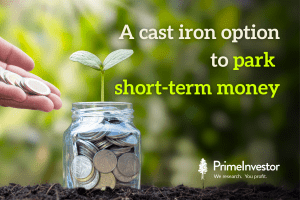 Corporate bond funds, gilt funds and credit risk funds – which to own and when? 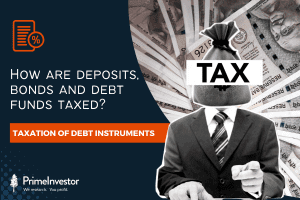 How are deposits, bonds and debt funds taxed?

Pavithra Jaivant September 8, 2022
Read More »
PrevPreviousCovid package: what’s in it for your investments?
NextWhat you like about PrimeInvestor and what you would like to see next – Survey resultsNext