Franklin funds are winding up. Will you get your money back?

Franklin India AMC has announced that it is winding up 6 of its schemes – Franklin India Ultra Short Bond, Franklin India Short Term Income, Franklin India Dynamic Accrual, Franklin India Credit Risk, Franklin India Low Duration Fund and Franklin India Income Opportunities Fund. These are some of the most popular funds managed by the AMC. No new investments or redemptions will be allowed from April 24, 2020. The fund will seek to systematically liquidate its portfolio and pay the proceeds to investors in these funds over the next few months, though the fund has not specified any timeline.

Here’s what you need to understand on why this has happened.

What about other funds from the AMC?

The other Franklin India debt funds that are not wound up are funds that have better credit quality and have better liquidity. The fact that they didn’t shut down these funds suggests that it may have sufficient liquid instruments in those schemes, to meet redemptions if any.

What does winding up mean?

Will I get back my money?

When will I start getting back the money?

There is no timeline offered by the fund. In one of its communications, it has stated “Once the market recovers from the current Covid-19 situation, early exits via sale/prepayment will be actively explored with a view to facilitate repayment prior to the maturity of the portfolio investments.”

Basically, you will get your money in full when the last bond held by each fund is sold or matures. The average maturity of these funds provide a rough indicator of the timeline by which you can expect to get back the money, whether in part or in full.

What is our take on the winding up?

Under the current circumstances, the only way for FT to increase the chances of returning the money due to you without eroding your NAV drastically, was through this phased winding up. But having said this, FT has compromised retail investor interests by holding such a high proportion of lower rated bonds, known to be illiquid, in funds labelled as ‘low duration, ‘ultra-short’, ‘short duration’ etc which are preferred by risk-averse investors seeking quick liquidity.

Immediate liquidity is one of the core promises of an open end fund and FT has been forced to backtrack on it.

Any fund house that has illiquid papers in liquid, low duration or ultra short term debt funds puts its investors under risk. This is something that the regulator too needs to take a re-look at, for lower duration funds. That is why our ratings do penalise such credit holding.

Please stay tuned for the rest of this series on: 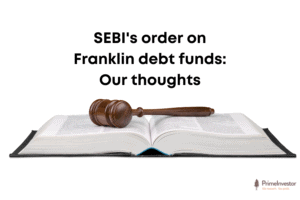 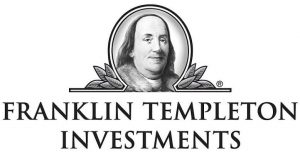 Franklin funds – status and next steps to getting your money back

32 thoughts on “Franklin funds are winding up. Will you get your money back?”