Shriram Transport Finance, a deposit-taking NBFC registered with RBI is offering Non-Convertible Debentures (NCDs) to the public to raise upto Rs 1,000 crore, in this second tranche of its ninth bond series. The money will be used for onward lending, financing and repayment of debt. The offer opens on January 6, 2020 and closes on January 22, 2020. The NCDs carry a face value of Rs 1000 with a minimum application size of Rs 10,000.

Investors have eight options to choose from in this bond offer. There are three tenures – 3 years, 5 years and 7 years and a monthly and annual interest payout option under all three tenures. 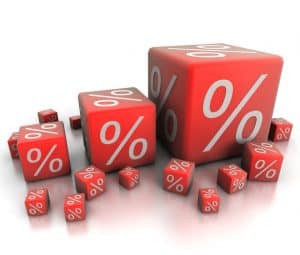 A cumulative option is available for the 3- and 5-year tenures alone. The accompanying table provides details of coupon rates on the regular options and effective yield on the cumulative options. The 3-year cumulative NCDs fetch you Rs 1289.99 for every Rs 1000 invested and the 5-year NCD offers a maturity amount of Rs 1539.35. In a special sweetener, all the NCD options will pay an additional interest of 0.25 per cent to senior citizen investors.

File could not be opened. Check the file's permissions to make sure it's readable by your server.

The rates offered by the Shriram Transport Finance NCDs are attractive relative to yields prevailing in the market. Currently, market yields on NBFC NCDs with the same credit rating as Shriram Transport’s (AA +) from hover at 7.7 per cent for 3 years, 7.9 per cent for 5 years and 8 per cent for 7 years.  Therefore, the rates on the Shriram NCDs (annual option) translate into spreads of 115 basis points for 3 years and about 110 basis points for both 5 and 7 years over these market rates. These NCDs also offer rates that are higher by 40-50 basis points over the L&T Finance NCD offer that closed recently. This is in keeping with the lower credit rating of AA+ on the Shriram bonds, compared to the AAA rating on the L&T Finance bonds.

However, investors should note that this bond offer is being made when market interest rates for NBFCs have cooled off significantly due to liquidity easing in the market. After the IL&FS default in 2018, yields on 3-year bonds from AA+ NBFCs had shot up to 9.5 per cent in November 2018 and stayed elevated at 9 per cent until February 2019. Today they are a good 130 basis points below those levels at 7.7 per cent. The current NCD tranche (tranche 2) from Shriram Transport also offers much lower rates than the previous tranche (9.3-9.7 per cent) in August 2019. Interest rates for NBFC bonds could shoot up again in future if there are fresh defaults or if market interest rates firm up from their current lows.

The NCDs being offered are proposed to be fully secured by a first charge on identified immovable property and specific receivables of the company. The bonds do not carry any Put or Call options. They will however be listed on the exchange where investors can exit before maturity. However, such exit is subject to adequate trading volumes and the market price can vary from face value. Shriram Transport’s focus on financing pre-owned CVs, typically bought by smaller or first-time truck operators, makes its lending business riskier than that for other asset financing NBFCs that fund homes or passenger cars. Cyclical downturns in the CV sector are sharp and lead to truck operators grappling with idling capacity, poor utilisation and falling freight rates, leaving them short of cash flows to fund their loan repayments. After growing reasonably until FY19, India’s CV sales have seen a sharp downturn this fiscal. This time around, a resolution of the excess capacity in the sector may take longer than previous cycles because it is not just the economic slowdown but also structural shifts such as GST implementation and higher axle loads, that have triggered the excess capacity situation.

The riskiness of its loan book reflects in Shriram Transport consistently reporting elevated Gross NPA ratios above 8 per cent since FY17. After moderating from 9.39 per cent in FY18 to 8.37 per cent in FY19, GNPAs have crept up again to 8.8 per cent by September 30 2019. The provision coverage under Ind-AS amounted to 32 per cent by September 30 2019. Going forward, further slippages may well require the company to step up provisioning, denting its profitability and interest cover. While this situation can get worse in the short run, what lends comfort is that Shriram Transport is no stranger to the rollercoaster behaviour of CV cycles and has weathered several of them over the last two decades, without interrupting servicing of either its public deposit or NCD repayments.

The company is also well-placed on funding side, with the ability to tap multiple sources from public deposits to overseas bonds. The high yields on its loans help it pass on any spikes in costs to its customers, while retaining high NIMs of 7 per cent plus. The capital adequacy ratio of 20.35 per cent remained comfortable too (against statutory 15 per cent) by September 2019. Rating agencies CRISIL, CARE and India Ratings, have cited some of the above as positives, while reaffirming their ratings of AA + to this bond offer.

Given the asset quality profile of Shriram Transport and the state of the CV cycle, an investment in this NCD is suited only to investors with a high risk appetite. It is a good diversifier for their debt after exhausting government-guaranteed options. Such investors, including senior citizens can consider the 3-year annual payout option that offers an interest rate of 8.85 per cent (9.1 per cent for seniors) over others, in light of its attractive spreads. Given the possibility of rates rising over the medium term, we feel it is best not to lock into 5 or 7-year NCDs, as better options even from the same issuer, may crop up later. Investors must park only a portion of their debt allocations in this NCD (say 5-10 per cent) in the interest of diversification.

Interest income on NCDs is taxable at your slab rate whether on pay-out or under the cumulative option (if you hold till maturity). If you sell the bond in the exchanges in less than a year, short-term capital gains, at your tax slab, will be applicable. If you sell after a year of holding, then long-term capital gains tax of 10% without indexation will apply. 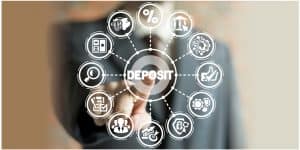 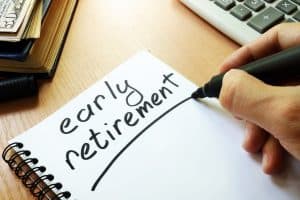 Where to park your VRS proceeds

4 thoughts on “Should you buy Shriram Transport Finance NCDs?”