What is sensex – 6 important facts to know

It is highly unlikely that one would go through a stock market related conversation and not hear the word ‘Sensex’. Frequently described as the pulse or a barometer of market sentiment and the economy, which way and how much the Sensex moves, can make or break their day for may. But what is Sensex, how is it computed and why is it so important?

The Sensex is a stock market index that tracks stocks on the BSE (formerly Bombay Stock Exchange), one of the two main exchanges in India, with the other being the National Stock Exchange. BSE is not only Asia’s first and now, the world’s fastest stock exchange (with a speed of 6 microseconds) but also India’s first listed stock exchange.  BSE, established in 1875, is today corporatized and demutualized and has a broad shareholder base. Apart from being a marketplace for trading in equity, debt, derivatives and mutual funds among others, BSE also provides a range of services to capital market participants.

Like other market indices, it is a basket of component stocks that are intended to represent the financial markets or a segment of the market, in this case – the BSE, and the index derives its value from the component stocks.

How did it get called the ‘Sensex’?

The term ‘Sensex’ was coined by Mr. Deepak Mohoni while he was doing a series of write-ups on technical analysis for ‘Business World’, by putting together the two words ‘sensitive’ and ‘index’, simply because the term ‘Bombay Stock Exchange Sensitive Index’ (as it was known then) was a mouthful, and the term stuck.

S&P Dow Jones Indices, the organization behind indices such as the S&P 500 and Dow Jones Industrial Average that need no introduction, and BSE have a strategic partnership, Asia Index Private Limited, to calculate, disseminate and license the suite of BSE indices, which explains the S&P prefix at the beginning of its name.

What is the composition of the Sensex?

The 30 stocks that make up the Sensex are derived from the S&P BSE 100 universe which is an index of the 100 largest and most liquid Indian companies.  The composition of the index usually undergoes a half-yearly reconstitution in June and December and the current constituent stocks of the Sensex (as on September 2021) are:

The latest composition of the Sensex can be found here. The movement of these thirty stocks, affects the way the index behaves and the latest information on where the Sensex stands, how it has been performing and how each of its components have affected it can be found here. The sector wise market capitalization of the Sensex which can be found here, shows that it is heavily influenced by the Finance sector followed by IT. Further, the top ten constituents by index weight are Reliance Industries Limited, HDFC Bank Limited, Infosys Limited, HDFC, ICICI Bank, TCS Limited, HUL, Kotak Mahindra Bank Ltd, Axis Bank Limited and L&T Limited.

Who decides on the components of the Sensex?

The component stocks of the Sensex are decided by an Index Committee, composed of capital market experts from major market segments, that meets every quarter to review all the BSE indices. Announcements of any change in the composition of the Sensex are made six weeks prior to actual implementation and not every index committee meeting results in a change in the composition.

The security selection policy of the index committee is based on the twin objectives of transparency and simplicity and has some general gating criteria based on market capitalization, trading frequency, average daily trades, average daily turnover, industry representation and listed history. Qualitatively, the committee should also find the track record of the company acceptable.  In essence, these 30 securities are considered to be indicative of the pulse of the overall markets. A detailed look at the methodology behind the Sensex and other BSE indices can be found here.

How is the Sensex computed?

This is then divided by a number called the ‘Index Divisor’ (market value of the index on base date divided by the base index value) to ensure the index value is comparable to the base year and to remove the effects of corporate action and changes in composition of the index. A more detailed explanation on how the index divisor works in the Sensex can be found here. All information for an index before its launch date is hypothetical and back tested.

The Index Cell of the BSE looks after the nuts and bolts of the workings of the Sensex, within the framework set out by the Index Committee. The Index Cell maintains the Sensex and all other BSE indices, ensuring that replacement of stocks and corporate action do not destroy the historical value of the index.

During market hours, the value of the Sensex is calculated every 15 seconds and disseminated in real-time.

What purpose does the Sensex serve?

Simply put, a stock market index is a set of stocks out of the entire market universe and is supposed to be representative of the whole or a segment of the universe of stocks in that exchange.

If stock investing is not your cup of tea, there are investment products that mimic an index (for e.g. Sensex based ETFs) that allow you to ‘invest in an index’.

What is sensex - In a nutshell

A quick fact sheet on the Sensex can be found here. 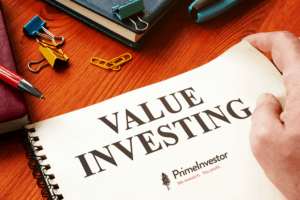 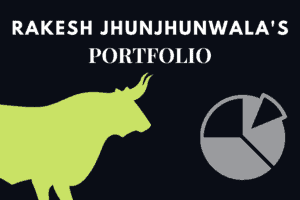 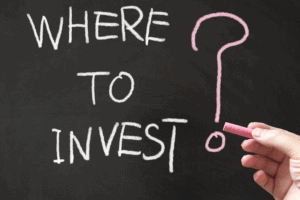 Where to invest money in India – 8 brilliant options