The pros and cons of porting a health policy

It’s not easy to choose a health insurance provider or plan, given how much fine print we have to sift through. Despite our best efforts, it is quite likely that after buying one, we may find that the cover we have no longer suits our requirements. Fortunately, IRDAI has allowed policyholders to undo such wrong choices or change their insurer through health insurance ‘portability’, since 2011.

While this article does not deal with the question of ‘should you port’ (our rankings will tell you that),  it is an explainer on how porting works, if you should choose to do it.

The best part about porting

However, the key condition here is that there should have been no gaps in coverage. If you fail to renew your policy within the due date or the allowed grace period, this will count as a gap in your coverage.

Carry-forward of benefits: Benefits such as no-claim bonuses that you have earned on your policy will also be carried forward to the new insurer on your successfully porting your health cover.

Free of cost: While your premium may not remain the same and could go up based on underwriting by the new insurer, the other big plus is that porting itself is free – neither the current nor the new insurer can levy any charges for porting a policy and no intermediary can charge a commission for the same either.

Porting a health insurance policy offered by general / health insurers (non-life) is only allowed at the point of renewal and not at any point during the term of a policy. To be able to port, the policyholder has to apply to the new insurance company he / she wants to move to, at least 45 days but not earlier than 60 days from the premium renewal date of the existing policy.

This means that your homework on identifying the right insurer and policy must already be complete two months before renewal date. Once the new insurer has been approached, the policyholder will usually be required to fill in and submit a Portability form, a proposal form and some additional documents such as the previous policy, previous claim details, proof of age etc.

If this timeline is not adhered to, the new insurer can refuse to take on the policy, but that’s at the insurers’ discretion. For example, HDFC Ergo on their website says that you need to get in touch with them just 30 days before expiry of your policy to be able to port.

The policyholder is also required to inform his/her current insurer in writing of his/her intention to move the policy along with details of the new insurer and policy at least 45 days before renewal date.

Your homework on identifying the right insurer and policy must already be complete two months before renewal date of your current policy.

How long will it take?

Once the new insurer has received all the relevant paperwork duly filled in with accurate information, they request for some information regarding your policy from the current insurer via IRDAI’s online platform, which the current insurer is required to provide within 7 working days. Once the new insurer receives the requested information, they are required to communicate their decision to you in 15 days, failing which they will be liable to accept your application to port.

If for any reason, at the date of renewal, the process of porting has not yet been completed, you can ask your current insurer in writing to extend your cover for a shorter term (not less than one month) with a pro-rated premium so that you are not left without health insurance for the intervening period. However, if there is a claim during this bridge period, which is met by your old insurer, they can call on you to pay the premium in full. In this case you will be bound to continue with your current insurer for the remainder of the policy year.

What can be ported?

All individual health policies including family floater policies issued by general insurers and health insurers can be ported. Most insurers also offer portability on critical illness plans. Logically, you can only port to a policy similar to the one you hold and not a cover that is entirely different from what you want to port. For instance, a mediclaim policy can be ported and swapped for another mediclaim policy but not a defined benefit health policy. Bear in mind that despite this the new policy is not going to be exactly the same as the original one as terms and fine print can differ a lot from one insurer to the next.

Individual members covered under any group health policy of a general insurer or health insurer cannot directly port to another insurer. They however have the right to migrate to an individual health policy or a family floater policy with the same insurer.

What happens to the sum insured?

For instance, if you have a sum insured of Rs. 5 lakh plus accumulated bonus of Rs. 50,000 and you want to upgrade your sum insured to Rs 10 lakh and this has been approved by your new insurer, your benefits of portability will apply to only the sum insured of Rs.5.5 lakh. For the incremental sum insured, you will have to comply with all waiting period requirements before being able to submit a claim.

If the new insurer does not have a product with the exact sum insured that you are looking to port, you will be offered the nearest option. For instance, if you are porting Rs. 2.5 lakh as sum insured and the new insurer has no product available for this amount, you could be offered a product for Rs. 3 lakh. In this case, only Rs.2.5 lakh will carry the benefits of porting and not the additional sum insured.

Bear in mind that the new policy is not going to be exactly the same as the original one as terms and fine print can differ a lot from one insurer to the next.

Can a request for porting be rejected?

If your request to port is rejected, you can continue your policy with your current insurer. In fact, at any point during the process but before the expiry of your policy (or the short-period policy in case the porting process was not completed in time), if you decide that you want to just continue with your current insurer, you are allowed to do so at the same premium and with no new conditions.

To port or not to port?

Overall, you may want to consider porting if you are not happy with your current insurer’s service standards or claims settlement record. Porting doesn’t really help you save on premium or fix policy features that you don’t like. When you port, you’ll need to put in the same amount of homework on understanding fine print, that you did with your original policy.

There’s no guarantee you can port either. When you apply for porting, the new insurer repeats the entire underwriting process once again, to assess your health status and can specify additional conditions on your health plan, or increase the premium based on the underwriting assessment. Therefore, it’s important to evaluate whether the additional costs and conditions justify the benefits you expect to derive from porting.

Given that porting is subject to many ifs and buts, you may be tempted to simply stop renewing your current policy and buy a new one. This may be a viable idea when your health policy is recent and you haven’t accumulated significant benefits in terms of waiting period or bonuses. Porting makes greater sense for longer running policies where you have accumulated policy benefits such as credit on waiting period for pre-existing diseases, time-bound exclusions and accumulated no-claim bonus. If you’re unhappy with your current health insurance cover or insurer, you can consider porting ahead of stopping your current cover and starting a new one. 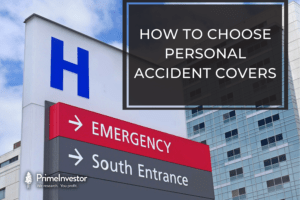 How to choose personal accident covers Why you don’t need a Rs 1 crore health policy